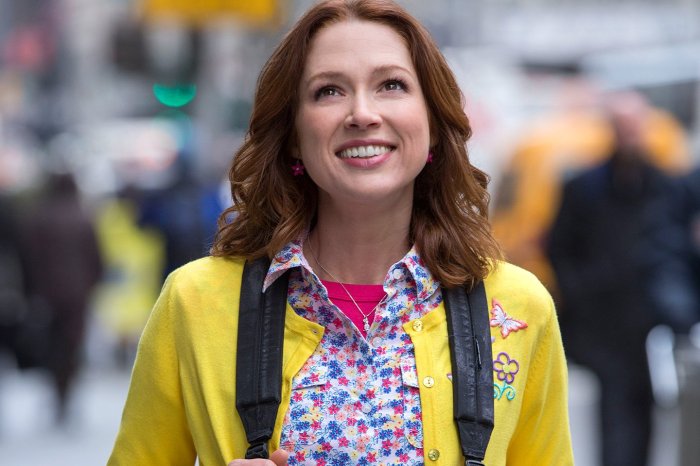 Ah, the genius that is Unbreakable Kimmy Schmidt.

A dark comedy, the Netflix show centers on Kimmy (Ellie Kemper) — a survivor of kidnapping, cult mind-conditioning, and (implied) sexual assault who tries to shrug away her trauma by choosing to embody a Disney-like optimism. Cue in the bright clothes, the Disney princess musical numbers; the cartoon characters. That’s actually where the “Unbreakable” part in the title comes from. But this psychological repression occasionally comes back to bite her in the ass.

The show, through jokes and gags, sneaks in clear signs of Kimmy’s Post-Traumatic Stress Disorder via slapstick scenes (mostly with men who try to get close to Kimmy), sly references to “weird sex stuff” in the bunker (which a season 3 episode has explicitly labelled as rape) as well as her resulting intimacy issues (she only gets physically comfortable with love interest Dong when he’s in handcuffs), and self-blaming one-liners (ex. “How did he [the kidnapper] trick us?”).

To illustrate the show’s dark comedy elements further,  a season 2 episode delivers a split-second joke and subtle hint about Kimmy’s deep-seated PTSD. When she pretends to start having sex with Dong (Ki Hong Lee), she does so by gagging him with a winter scarf.

Covertly, the show lets the audience know that when Kimmy was stuck in the underground bunker after being kidnapped, the Reverend may have assaulted​ her this way. For Kimmy, this is how sex starts — with the attempt to stifle and incapacitate someone.

That’s the thing with this show. You have to watch it over and over to get the jokes. And then watch it again to catch the darkness behind those jokes. You chuckle, and then pause to think if the thing you’re laughing at should make you shudder instead.

More important, the show demonstrates that being exclusively optimistic is not only unrealistic but unhealthy. Not acknowledging the bad things that happen to you and choosing sunshine and rainbows all the time screw up your psyche, your body, and your life. Every time Kimmy tries to force the thought that she is “totally normal” and has “moved on,” her body responds by interrupting her speech in the form of burping.  This is an excellent example of psychosomatization.

In season 2’s story arc, thanks to Tina Fey’s “Andrea” pointing out the disconnect between Kimmy’s cartoon delusions and her dark past’s effects on her behavior, she learns to allow herself to feel anger and grief over what happened to her in the underground bunker and finally deal with her problems in an authentic way — without sacrificing the LOL moments.

Tina Fey, Ellie Kemper and company get props for exploring issues of trauma and recovery while still delivering laughs to the audience. Netflix has released three seasons so far, all worthy of the current golden age of television. I recommend watching them on your next TV-binge weekend.